TORONTO, March 9, 2017 /CNW/ - Students in grades 4, 5 and 6 were asked "What is the Meaning of Home?" More than 10,000 students from across the country responded to Genworth Canada's 10th Annual Meaning of Home Contest, in support of Habitat for Humanity Canada. The 2017 winning entry belonged to Bensen Wilmer, an 11 year old student from Victoria, British Columbia. Bensen has selected Habitat for Humanity Iqaluit to be the beneficiary of a $50,000 grant to help make a difference in Indigenous communities. An additional $5,000 was awarded to 10 second-place winners. 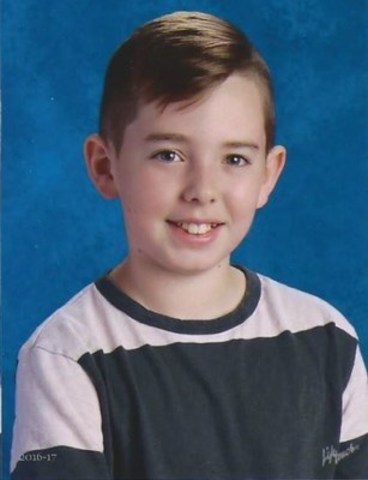 Bensen's win will help a family in need of safe, decent housing build a home in Iqaluit. Along with the charitable grant, Bensen's school will receive a $1,000 donation. Bensen will be given an iPad to celebrate his win, along with a pizza party for his class.

"It's extremely rewarding to see the record number of students from coast to coast who participated in our 10th Anniversary of the Meaning of Home contest.  We are proud of this campaign which has helped to increase awareness about the need for affordable homeownership in Canada.  Bensen's poem highlighted the benefits of homeownership, including the sense of acceptance, safety and warmth that it brings," said Stuart Levings, President and CEO, Genworth Canada.

We open our doors with neighbours with whom we share.

We host international students showing the world we care.

Home is a feeling in our hearts.

It's not just a building that can be torn apart.

As part of the 10th Anniversary, the contest included 10 grants of $5,000 each to be directed to a local Habitat of the deserving winners from Paradise, Newfoundland to North Battlefield, Saskatchewan to Kelowna, British Columbia. In addition, 10 classrooms will enjoy a pizza party courtesy of each winning entrant. The 10 second-place winners and their beneficiaries are:

All entries can be viewed at www.meaningofhome.ca